January – I wanted to start off the year with a picture of Evan.  He has grown and changed so much this year.  Back in January we were desperately trying to get him to go to bed without a huge fight and to stay in his bed. 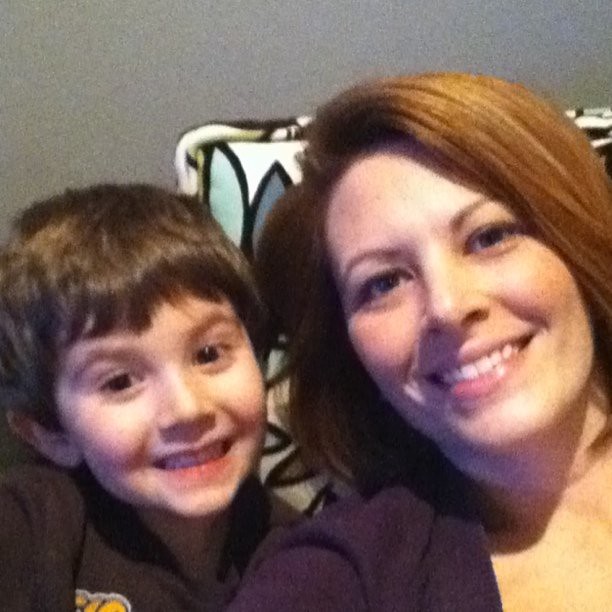 February –  Dewey and I went to Mexico for some prime couple without kid time.  It’s so hard to leave Evan behind but it really does help our marriage when we can fit in some without kid time occasionally. 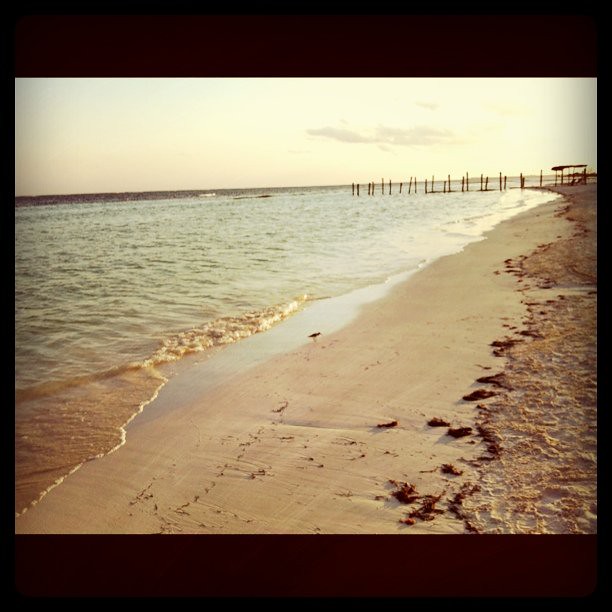 Sunset on the beach….

March – I decided to start a Calgary Bloggers group. I had grand plans of making great friends with other mom bloggers at a social event where we would chat and drink coffee. I honestly didn’t think much of it other than the social aspect. Reality hit when I figured out I was the only mom blogger in the whole group and that I was surrounded by a group of amazing bloggers who were looking to ME to teach them (or at least find someone to teach them) about blogging. It’s been a bumpy ride since then but I wouldn’t give anything for the friendships I’ve gained. How did I get by before I knew John (@Misteryyc), Tiffany (@liltea) and Karen (@SocialGrrrl)? 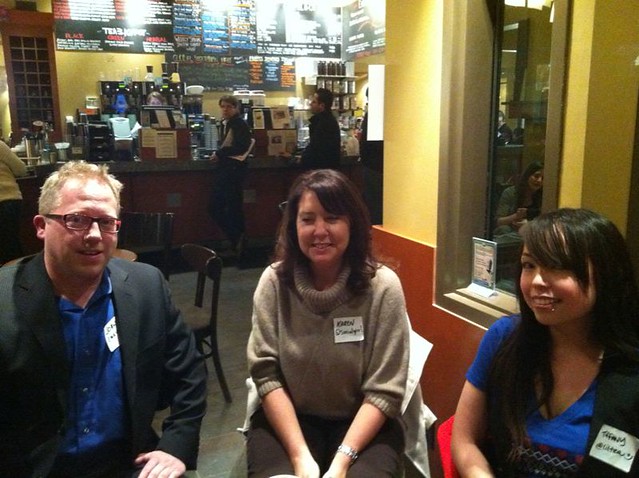 Talk of bloggers & friends would not be complete without mentioning Melissa from FamilyFunCalgary. She is my twitter twin and blogging buddy that I finally met in real life at Twestival. Also…Twestival was my first foray into melding social media and fundraising in Calgary. Thankfully, it was not to be my last. 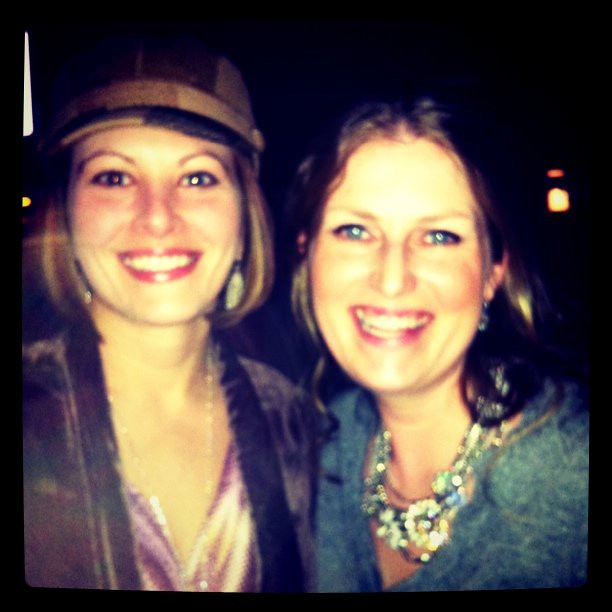 April –  Continuing to realize that our little Evan is very smart and very stubborn.  Continued growing pains trying to cement who is boss and what behaviour is okay.  We continue to struggle throughout 2011. 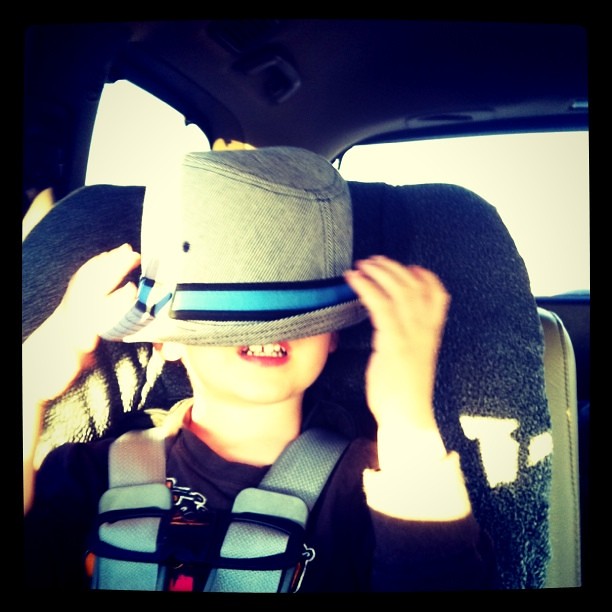 Evan is done with me & my camera

May – The three of us head to Alabama to visit the family only days after tornadoes rip though the state. Dewey and Evan stay the original 7 days and I stay for 3 additional days to volunteer. It was the right thing to do but it challenged me both physically and mentally. I am thankful that I did it, though, as it really taught me about giving with the right mindset. You must give and hope that it is used in the way that you would wish it. You notice I said hope because you can not control how it will be used or worry over it. You must give and then let it go. 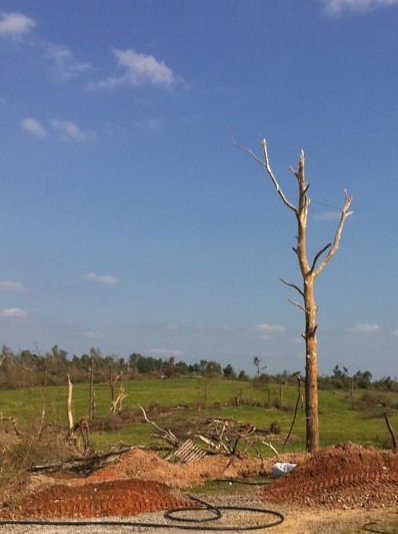 Another thing that happened in May is that Evan broke his arm. This would color much of our summer as we babied his cast. 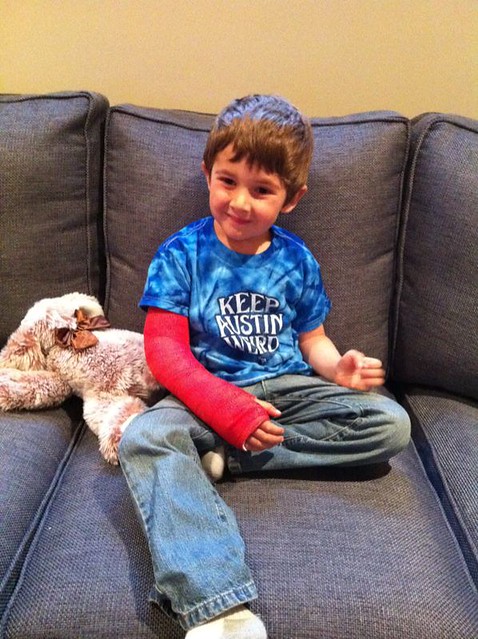 Evan and his cast.

June – Evan graduated from 3 yr old preschool. He loved preschool and was sad to leave his teachers. He learned lots but that darn cast would derail his efforts at learning to write. Evan turned 4 during this month as well. 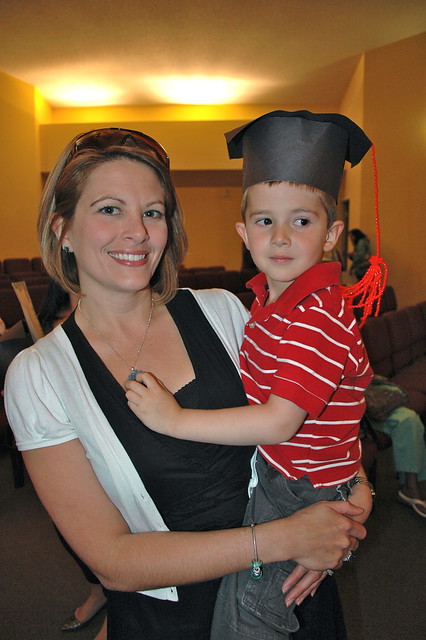 July – My Dad had quadruple bypass surgery in July and scared the hell out of all of us. Thankfully they caught it before he had a heart attack but it was still major surgery. I would love to say that he used this as a wakeup call to change a few things (smoking, etc) but unfortunately that hasn’t been the case. Regardless, I’m happy that they caught it to give me & Evan more time to spend with Papa Tim (as Evan calls him). 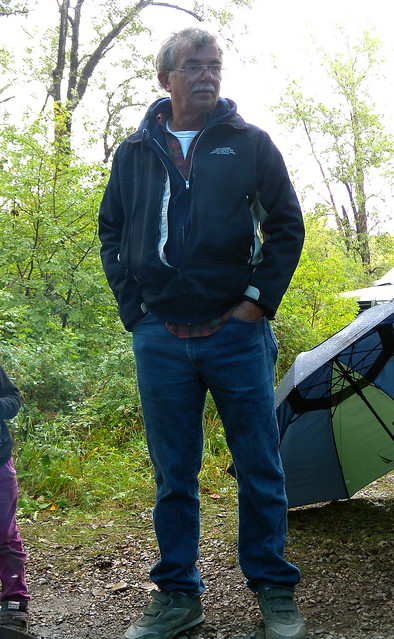 August – Blogging has become such a part of my life yet I do very little that pertains to it. This all changed in August when I attended BlogHer. 3500 bloggers descended upon San Diego. It was AMAZING and I met more people than I could ever mention here (It’s where I met Robin, whose post I’m linking to). I finally felt like I fit in and there were other “weird” bloggers out there just like me. I did lots of posts about BlogHer. 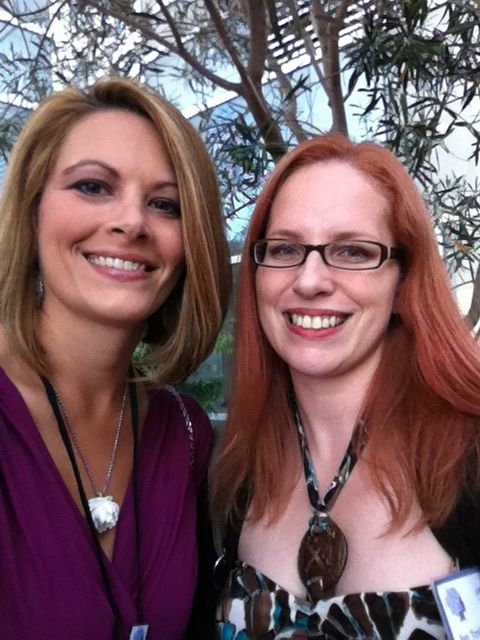 September – The end of camping season & back to school. Evan was a little worried about starting school without his teachers but thankfully he liked his new class. 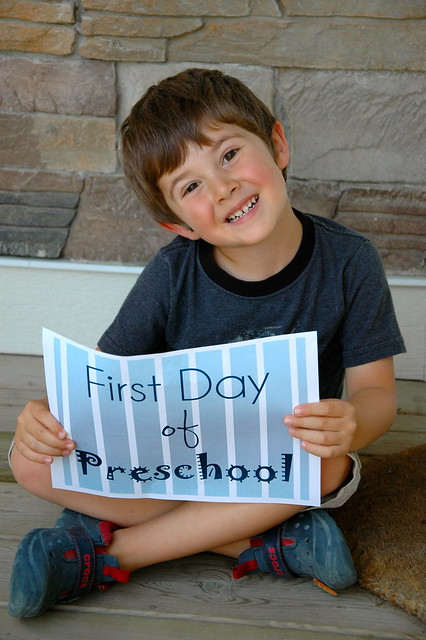 October – Travel, travel, travel was the theme of October. We headed to Alabama for a football game and then on to Nashville for a conference. It was a whirlwind for sure. 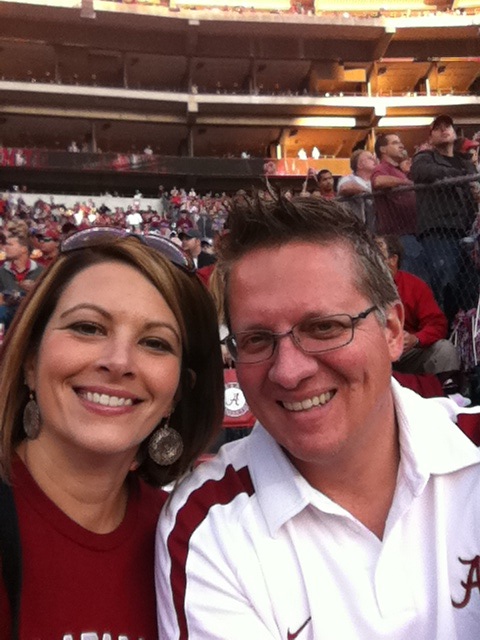 Me & Dewey at the Alabama vs Tennessee game.

November – November found us back on an airplane as Evan and I headed back to Alabama (trip #4 for those counting). We found out my Granny Betty has lung cancer. Since the doctor couldn’t give us a good idea of how aggressive it is, I wanted to go back sooner rather than later. Thankfully we got to spend lots of time with her and my foster sister, Mechelle, who has colon cancer. Cancer sucks. That is all. 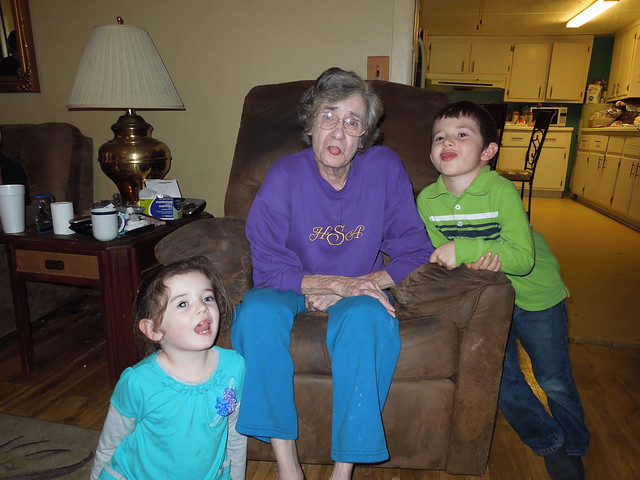 December – December has been a whirlwind of work commitments, home commitments, finding a new nanny, volunteering, etc. So many things that I can’t even start to do justice like Holipalooza, adopt-a-family and more. Over arching it all, though, was our visit from Kevin the Elf. 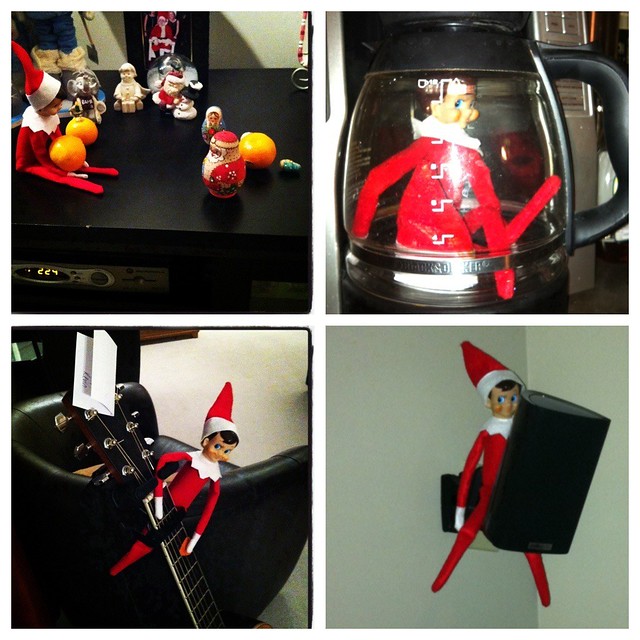 Kevin the Elf and his antics.

It’s been a full year and I can’t wait to see what 2012 will bring. I talked to my Mom right before Christmas and her Christmas wish was that I would find a new contentment within myself. I wish that too, Mom, I wish that too.

What a tough year for cancer. Your debarked tree is especially poignant. It's sometimes hard to capture a distaster with anything but a photo.

Merry:  I have loved reading your blog posts in 2011!  You are a wonderful writer and I look forward to reading more in 2012!

I absolutely love the way that you wove your everyday life with your blogging life! Isn't that so the way it is?

Happy 2012 to you and your lovely family!

I think you do a great job of it at least 'appearing' to be all together! Much love to you in the New year!!!