First….Happy Mother’s Day to my lovely Mom!  We didn’t get to see her today because she is in Alabama.  I did send her a beautiful necklace from Etsy, though.  I saw it & IMMEDIATELY thought of her.  It is so awesome when you find a gift that is exactly right as opposed to buying something just b/c you think you have to.  I was going to put a pic of the necklace on here but the image is copyrighted so I won’t.  You can see it here though. 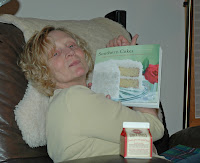 Also…Happy Mother’s Day to Nana!  She is an awesome Mother In Law, a great mom to Dewey and a great Nana to Will, Nicole & Evan.  I am very, very lucky! 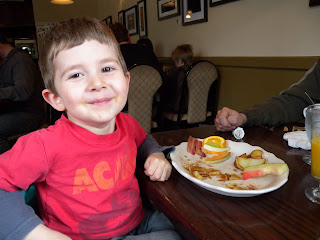 For my Mother’s Day celebration, Dewey suggested that we go to Chez Francois in Canmore for breakfast.  Chez Francois is my FAVORITE breakfast place ever.  They serve the best Eggs Benedict I have ever tasted.  They also have amazing crepes.  I would imagine they also have great dinner food but we’ve never been there for anything but breakfast.  We called & made reservations (thankfully) because when we arrived there was a note on the door that said “We are completely full! Please come again on another day”.  Dewey had his usual Eggs Benedict, I had the “Ladies Combo” which had one egg benedict and 2 raspberry crepes and Evan had the kid’s cinnamon sugar crepes.  Everyone was completely happy with their food.  Evan even ate all of his! This is high praise from our little non-eater! 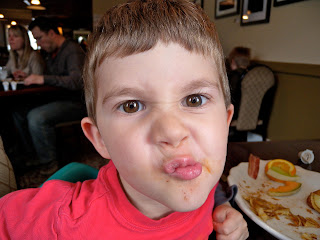 Since we didn’t have anything planned today, we decided to take a drive into Kananaskis Country on the Spray Lakes Trail.  It was a beautiful drive.  I had hoped to see a moose or a bear but it was not to be.  We did end up seeing some deer & two different sets of sheep. 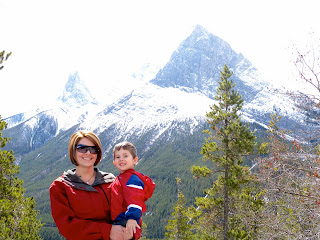 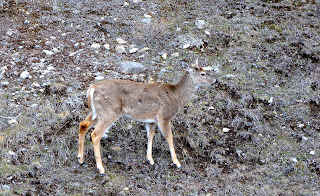 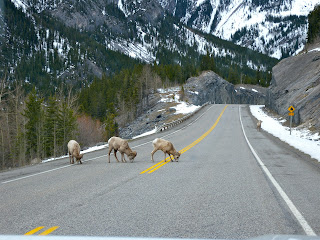 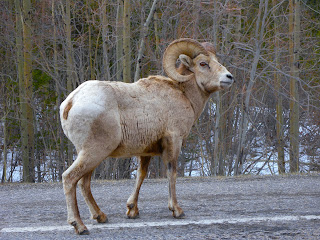 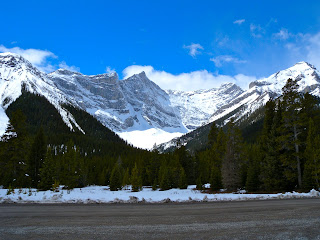 The only semi-downer of the trip was that Evan is still very early in the potty training game so we stopped A LOT.  Thankfully Dewey remembered to pack Evan’s potty so we could just stop on the side of the road.  We made it home without any accidents though we did have to stop to let him pee in a heavy snowstorm and on the side of a major highway.  Good times! 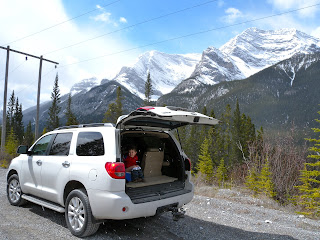 Yep….that’s Evan on the potty in the back of the truck! 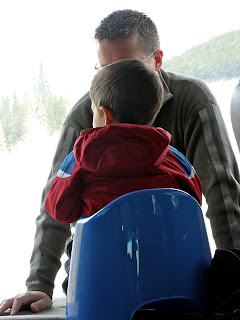 Last but not least for my Mother’s Day spoiling is this beautiful Pandora bracelet from Dewey, Evan, Will & Nicole! 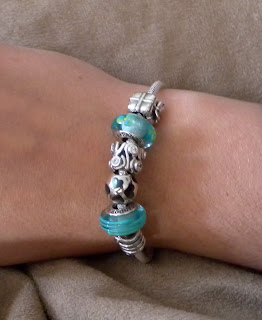 Sounds like a very nice mother's day. Happy Mother's Day to you friend!!

Marilyn (A Lot of Loves)

That sounds like a pretty good day! I love the bracelet you received. I have thought about getting my own Pandora bracelet one day. Maybe for our anniversary I'll buy one (my husband doesn't buy me gifts).

I hope your Mom loves her necklace. It is so unique.