Summer break is here and the kiddies are home…well most of them. Calgary schools are finishing this week (yes, we have the longest school year EVER). Across the internet, people are sharing their thoughts on summer from the laid back to the “you only have 18 summers with your kid so it better be EPIC”. In my opinion, laid back summers are the best. Epic is vastly over rated.

When I think back to the summers of my childhood, I immediately think of spending them at my grandparents house. They lived outside of a tiny Alabama town of 2000 people in a somewhat ramshackle house with a rusty tin roof and a deep freeze on the front porch.

I loved spending my summers there. We had two gardens, a herd of beagles that my grandfather raised and a creek just down the road. Days were spent hoeing the garden (trying to only chop the morning glories but not the butter beans), playing with the ever present beagle puppies or exploring the woods and the creek. Late summers were for helping my Granny can and make jam…in Alabama…without air conditioning.

I also went into town for a week of summer bible camp at the First Methodist Church. That week was awesome because it meant going swimming and making crafts. Scattered through the entire summer were days at the laundromat with a visit to Plaza BBQ for a soft serve ice cream cone. 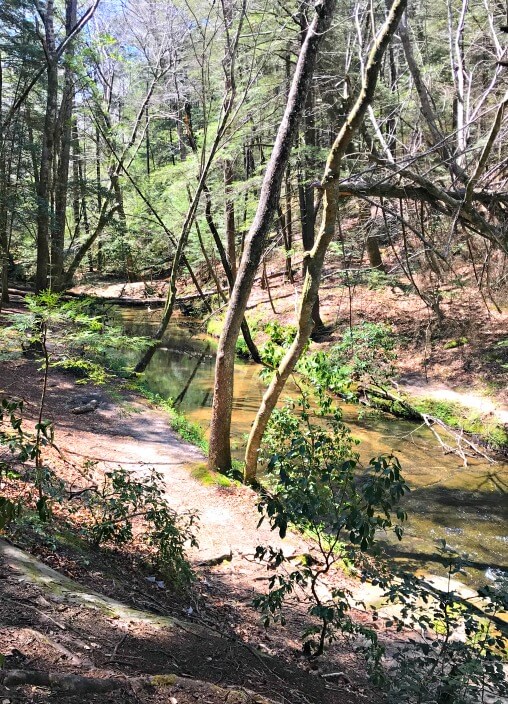 When I got older, summers were spent lying on the front porch sun tanning while listening to the radio…after I got up at 2pm. There was no epic. We didn’t go on big summer vacations. Summers were for being outside, picking berries, splashing in the creek and scratching bug bites.

My childhood definitely affected how summers are at our house. We sleep late and go to bed late. Evan gets screen time and gets booted outdoors too. Today he asked if he could look something up on the computer. Next thing I knew, I was making him a boiled egg for a bouncy egg experiment. We’re lucky that we live at the lake in the summer and he can explore the woods and ride bikes to his hearts content.

Personally, I think lazy summers are THE BEST. I get it, though, summer break can be a lot to plan, especially if both parents work. The logistics of that are tough. But if you stay home? Don’t buy into all the hype. You don’t have to entertain your kids 24/7. It’s okay. They will make it through and studies show that being bored is GOOD for their brains.

So plan a few outings. Make some ice cream. Go see a movie on a rainy day. Grab supplies for some inexpensive fun in the sun or set up some outdoor games. Eat a watermelon, roast a hot dog and definitely make s’mores. But don’t stress! This is your summer break too. Pour a glass of tea, grab a book and RELAX. It’ll be great…I promise! 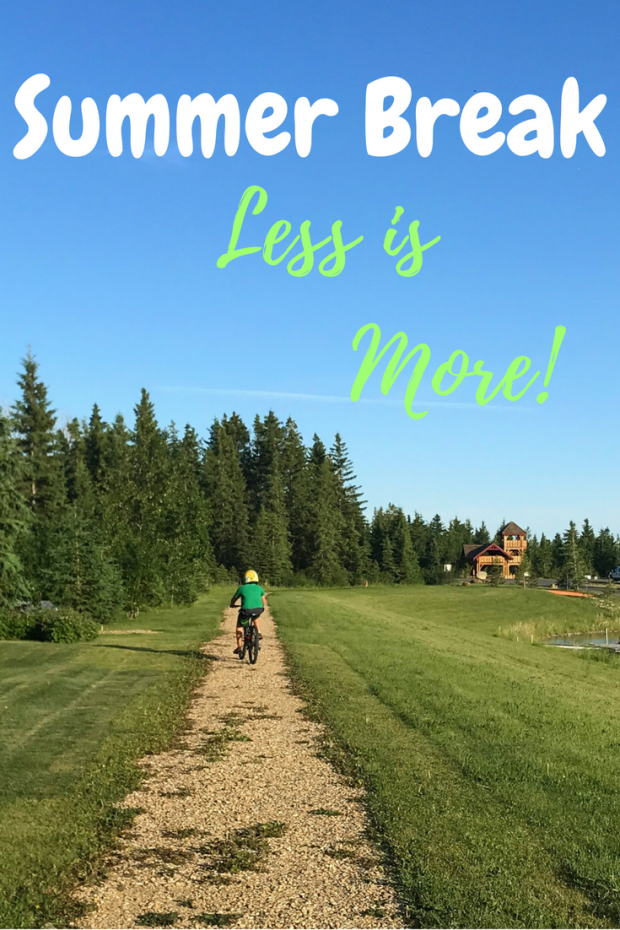 62shares
You are here: Home / Life / Summer Break…Less is More!