7:16 am “OH NO! I forgot to move Kevin!” went my brain.
We had a retirement party last night so we got home late and a little *ahem* tipsy so I totally forgot about Kevin.  Thankfully I remembered before Evan got up! 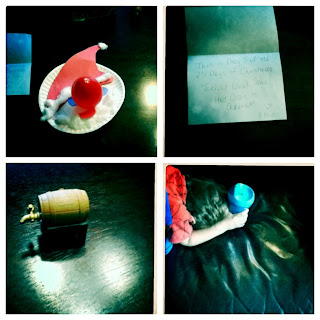 Clockwise from top left: Santa craft Evan made at preschool, Evan’s note from Kevin, shy Evan hiding from the camera, Evan’s Playmobil toy from his advent calendar
This morning Kevin left Evan a note that tonight he should have some hot cocoa to celebrate the third day of Christmas.  When I got home this afternoon, the first thing Evan said was “It’s time for hot cocoa, Mama!”  I convinced him to wait until after supper (which he ate 3 helpings of…..unheard of!).  Everyone enjoyed a nice cup of Christmas cheer! 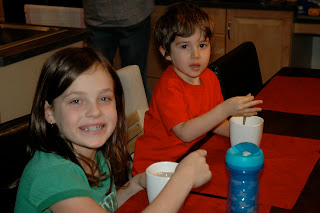 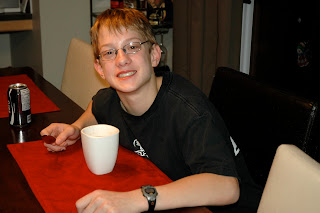 Evan was so excited to tell Will & Nicole about Kevin & all the things we’re doing for Christmas this year. 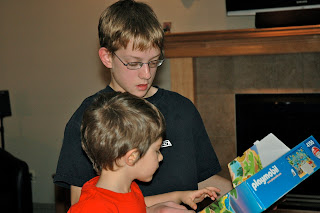 First he had to show Will his advent calendar and then…. 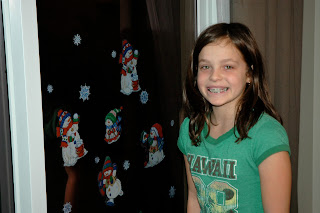 Nicole helped him put snowman clings on the patio doors.
Are you celebrating the 25 Days of Christmas or advent?  Come on….talk to me!
0 shares
Click here to cancel reply.

Good thing you woke up before Evan. Looks like Kevin is a hit!!