The Weekend to End Breast Cancer 2006 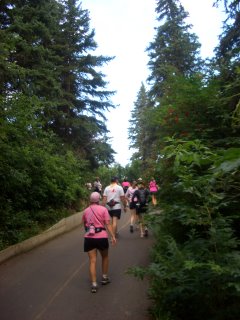 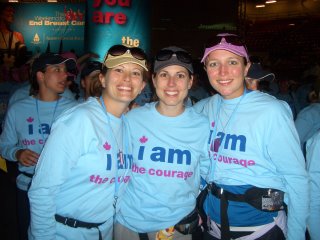 That’s right….SIX MILLION DOLLARS raised to fight Breast Cancer! All my sore muscles are really worth it. We (Nicole, Diana and I) had to go in on Friday afternoon to watch a safety video (make a “eye contact contract” with drivers to make sure they’re not going to run you down, etc), pick up our ID badges and to get our tent assignment. Nicole and I decided to stay in the camp on Saturday night while Diana decided to go home (more about camp in a minute). After getting all our info, we headed home to try to get some sleep. Unfortunately we had to be at Stampede park by 6:30am to get started so we had a sleepless night of “oh no I overslept…..no it’s 2 am…3am….etc”

Doug and Di picked up Nicole and I so that we didn’t have to drive too. When we arrived at Stampede park we went in to the Roundup Center for stretching and breakfast. At around 7:30 or so we got started. It was a bit frustrating at the beginning b/c all 2100+ walkers were clumped in a 1 or 2 block area. It was much better as we spread out. 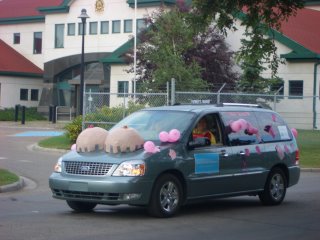 Today’s route wound through North Calgary and along the river. We had stops every 2-5kms which helped the time go by much faster. We also had vans that drove along with us to pick anyone who got hurt or needed something. Crew members at each stop were dressed up in the “theme” of the stop. There was an ’80s stop, the “Double D Saloon” stop, etc. We ate lunch along the route at a longer rest stop. 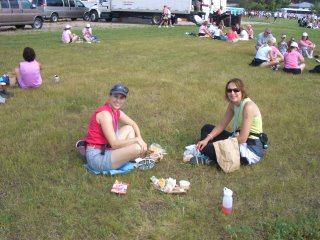 Then it was back on the course headed towards camp. We made it to camp at about 4pm after walking 33.7km. Camp was set up at Currie Barracks in North Calgary. We decided to wait in line for physiotherapy as soon as we got there. My calves were very sore and Nicole found out that she has plantar facitis (sp?)(Diana was fine throughout the race….lucky girl!). After that I had a little spell of dehydration (I felt a bit loopy….okay loopier than usual) but all was well after eating supper. Diana left and went home to her comfy bed and Nicole and I got ready for our night at camp. 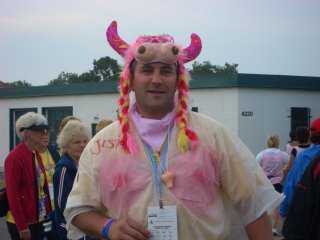 After everyone finally got into bed it was almost 10pm…..not such a big deal if half the camp had not gotten up at 4:30am!!!!!! We were livid! The course doesn’t open until 7am so there is NO REASON for anyone to be up at that ungodly hour. So we had to deal with sleep deprivation on top of everything else. 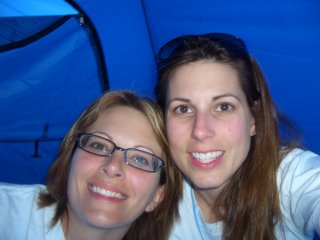 Diana met us at 7am on Sunday morning to get moving…only 27.3km to go!!!!! The second day’s route wound through South Calgary. Much of it was not very picturesque so we entertained ourselves by yelling at cars going by trying to get them to honk at us. We had a great time (though we annoyed some of the other walkers). Whatever you need to get through….right?? After we finally wound our way back to Stampede park, it was around 2:30pm. We went through the throng of people welcoming walkers. It was very touching to see everyone there cheering us on. At 4pm the “Closing Ceremonies” started. All the family and friends went into the Stampede corral while all the walkers were in “holding”. We all walked in together (blue shirts)…then they brought in the walkers who were survivors (pink shirts) 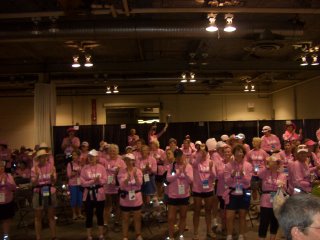 and then the crew came in (white shirts). It was a very touching time. We then got to hear from one of the survivors and from the CEO of the Alberta Cancer Association. You definitely felt like you were part of something huge! 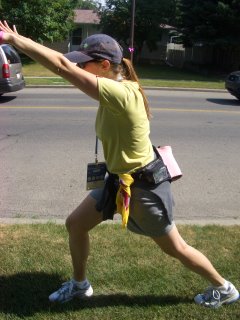 We all had a great time walking, talking, yelling at cars, etc. I will definitely do it again. Nicole and I are discussing doing a walk next year somewhere in the US (since she came all the way to Calgary for this one). As soon as we figure out what we’re doing I’ll let you know!

We met so many amazing people….walkers, crew members, people cheering us on. My favorite were (wish I had pictures!): 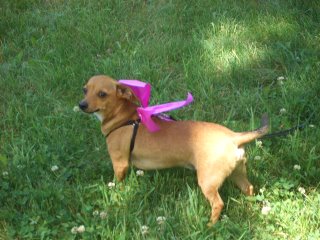 Chad: The Calgary walk was his 3rd of 4th Weekend to End Breast Cancer this year. He is doing all of the Weekends in Canada. That is 9 or 10 walks…..each 2 weeks apart. He raised at least $2k for each of them. I never got his story but I was really inspired by him. At one point I said “Way to have a cause and really own it!”

75 year + Man: Not sure of his name. I saw him a couple of times during the weekend. Always with a smile on his face. Today I found out that he was walking b/c he lost 3 daughters to breast cancer (3rd hand info so I’m not 100% sure of the story…..either way he was awesome). 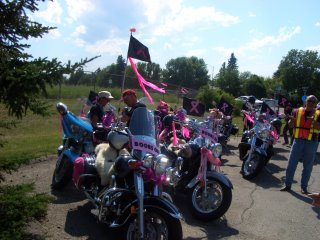 The whole “Boobs on Bikes” crew: This was a biker “gang” who dressed up their bikes with bras, boobs, etc. They rode from intersection t
o intersection to stop traffic for the walkers. They were the most upbeat people ever. They definitely made it easier to keep going. 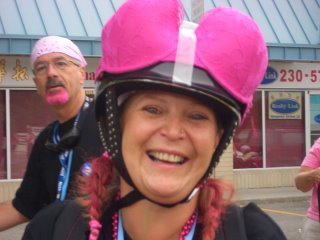 The girl with the Popsicles: She came out on Saturday morning and handed out popsicles. We love her!

The kids visited this weekend while I walked in the 60k. I wish I had been around a bit more to get to see them. Dewey brought them out onto the course to cheer us on. Such a great family!!!!! Here are some pictures that Dewey took while they were cheering us on. 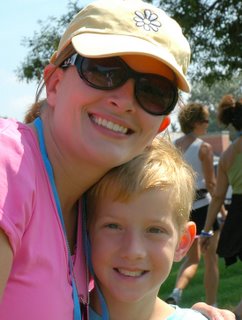 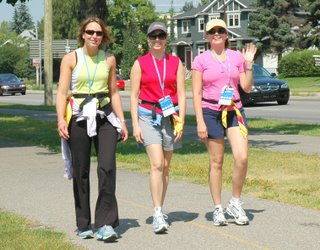 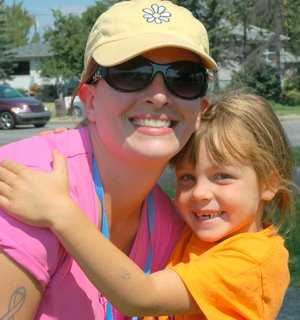 And many many more! I would definitely recommend this as a great way to get moving and raise money for a great cause!