I don’t think of myself as a cheap person (shush to all my friends who are snorting b/c I am known to be cheap by some of them) but I HATE paying for Santa pictures.  I’m not sure when I developed that hang up but it’s there.  I really hate that they seem to purposely make the packages super crappy so that you have to buy the most expensive one to get anything.  The last few years, we have avoided having to pay by getting a decent-ish picture at my work’s kids’ Christmas party or by going to Bass Pro Shop (they have free pics).

So…in search of the ubiquitous Santa photo, we started at the Christmas party.  We arrived quite late but Santa was still there (yay!).  We got in line and then I noticed….um….is Santa on a diet? 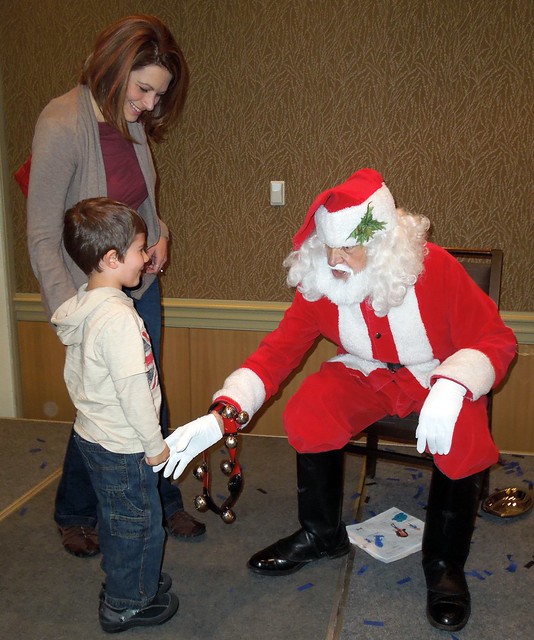 Evan is NOT sure about Skinny Santa.

Unfortunately, it gets worse….Evan did NOT like this Santa and the pictures show it. 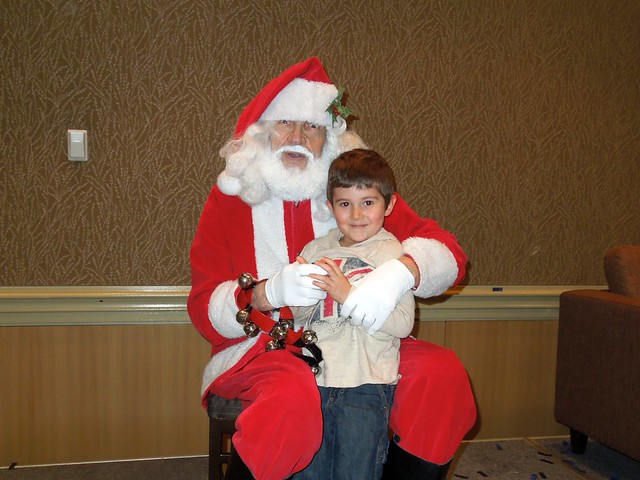 This one actually looks like Santa is trying to abduct him.

Tonight I figured we’d try one final time to get a decent Santa picture so off to Bass Pro we went. The “real” picture is downstairs but I fell in love with this one that I took with my iPhone. Evan loved this Santa & we practically had to drag him off his lap. I think Santa was getting the complete unabridged Christmas wish list. 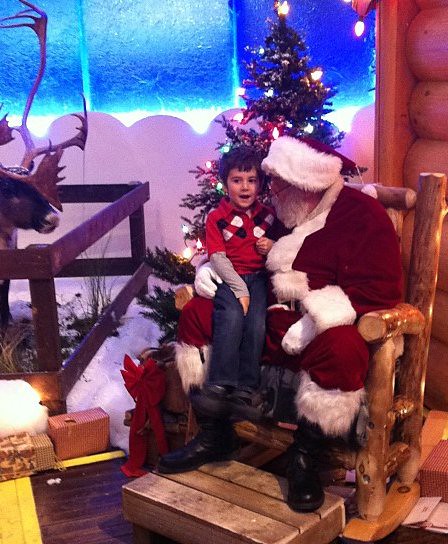 ….and I want this and that and the other thing too.

Success! Evan got his moment with Santa, I got my picture AND it was free. Wins all around.

Do you do Santa photos with your kids? Have you ever run into a not so great Santa?

There is a Santa at Northland mall. You pay a $5 donation:) You call to book a time to see santa and take your own photo. The Santa is great too!

We go to Bass Pro too. We do order the digital download but it's only like $10 and we like to have it for photobooks, web, etc. I'll happily pay the $10 at Bass Pro but there is no way I'd pay three or four times that amount like some malls charge.

I just scan in the one they give you for free. We had a great one at Bass Pro this year. Smiling kid and everything

I wish I'd have looked at the price list closer. I would have paid $10 for the download. Doh.